People living with epilepsy are three times more likely to die prematurely than the general population (1).  Among deaths attributable to epilepsy or seizures, important and possibly preventable causes include: SUDEP, status epilepticus, unintentional injuries, and suicide.  In recent years, researchers have recommended that epilepsy-related deaths be categorized as following: 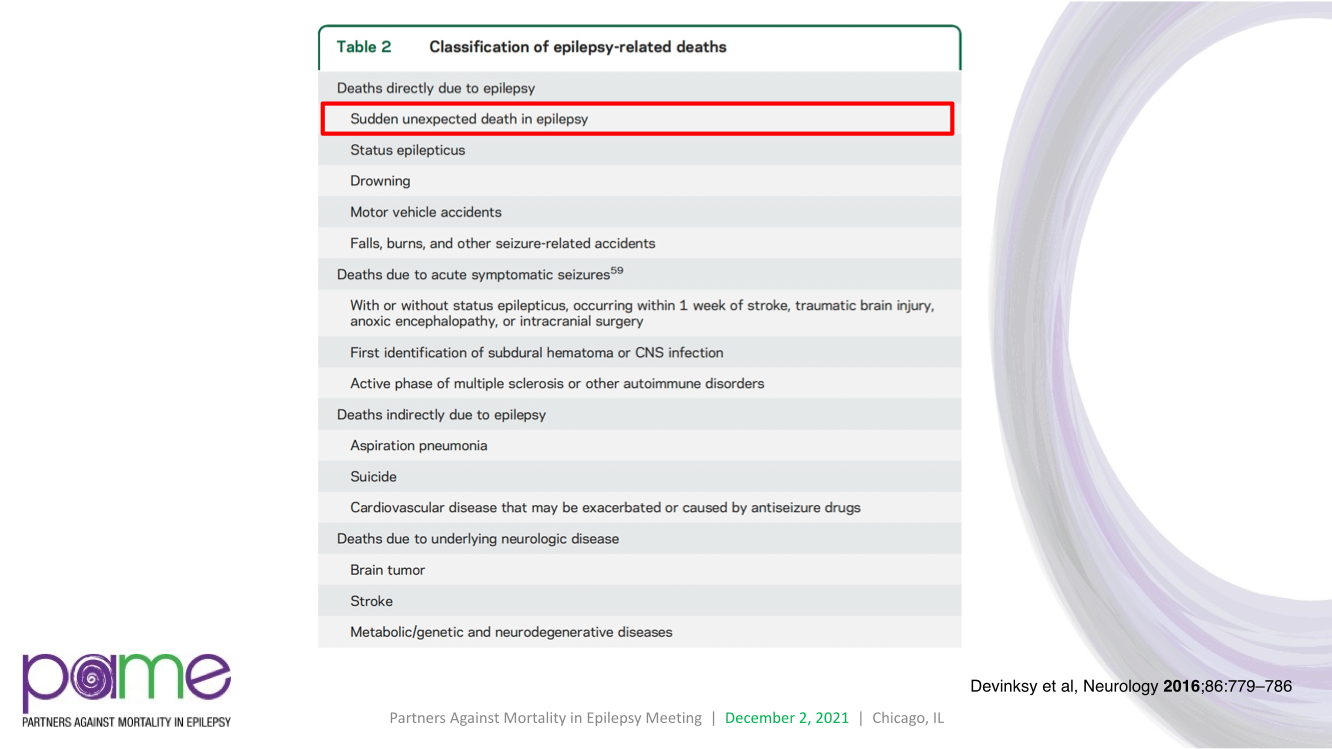 Current data suggest that more than 6,000 people die each year in the U.S. from epilepsy.  However, these estimates are considered low due to poor surveillance data.  Under-reporting of epilepsy deaths remains a serious concern. 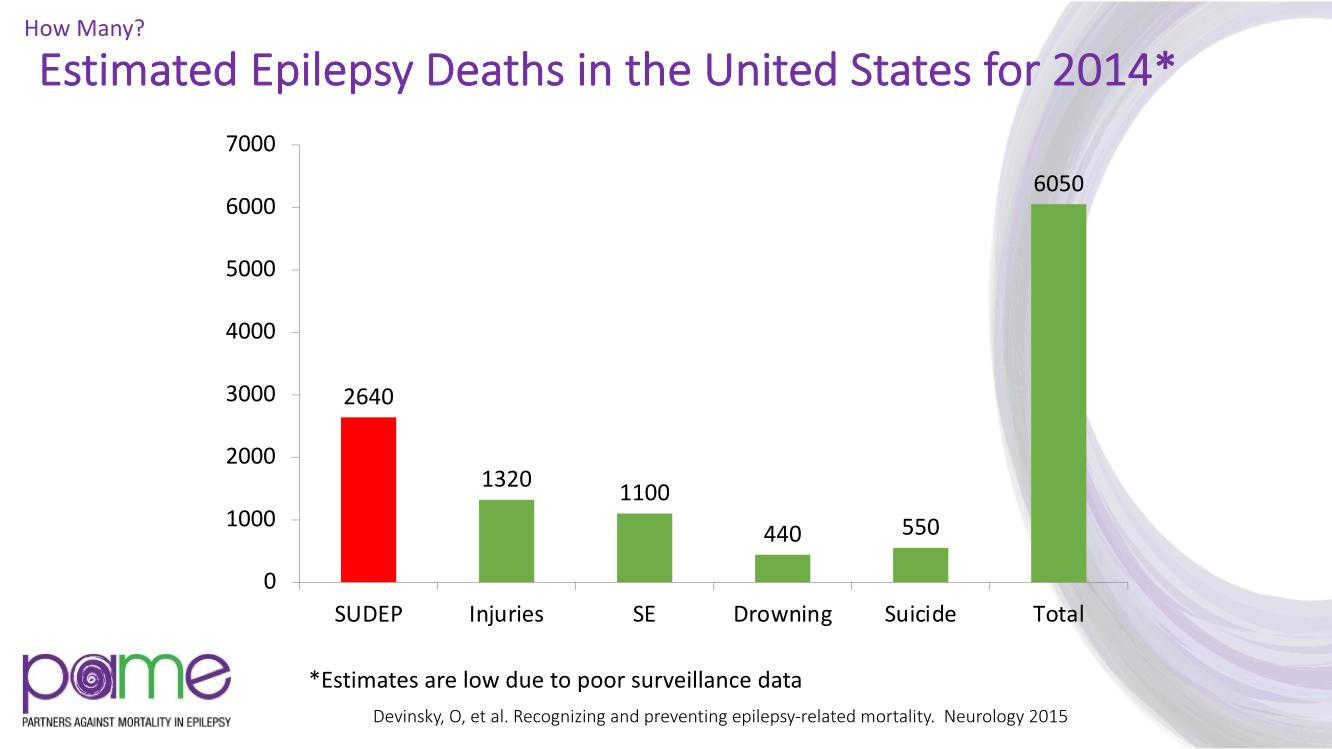 We do know that premature morality from epilepsy is a significant public health problem that is not adequately understood or addressed.  SUDEP alone exacts a serious burden.  Comparing years of potential life lost from SUDEP with selected other neurologic diseases, SUDEP ranks second only to stroke. (2) 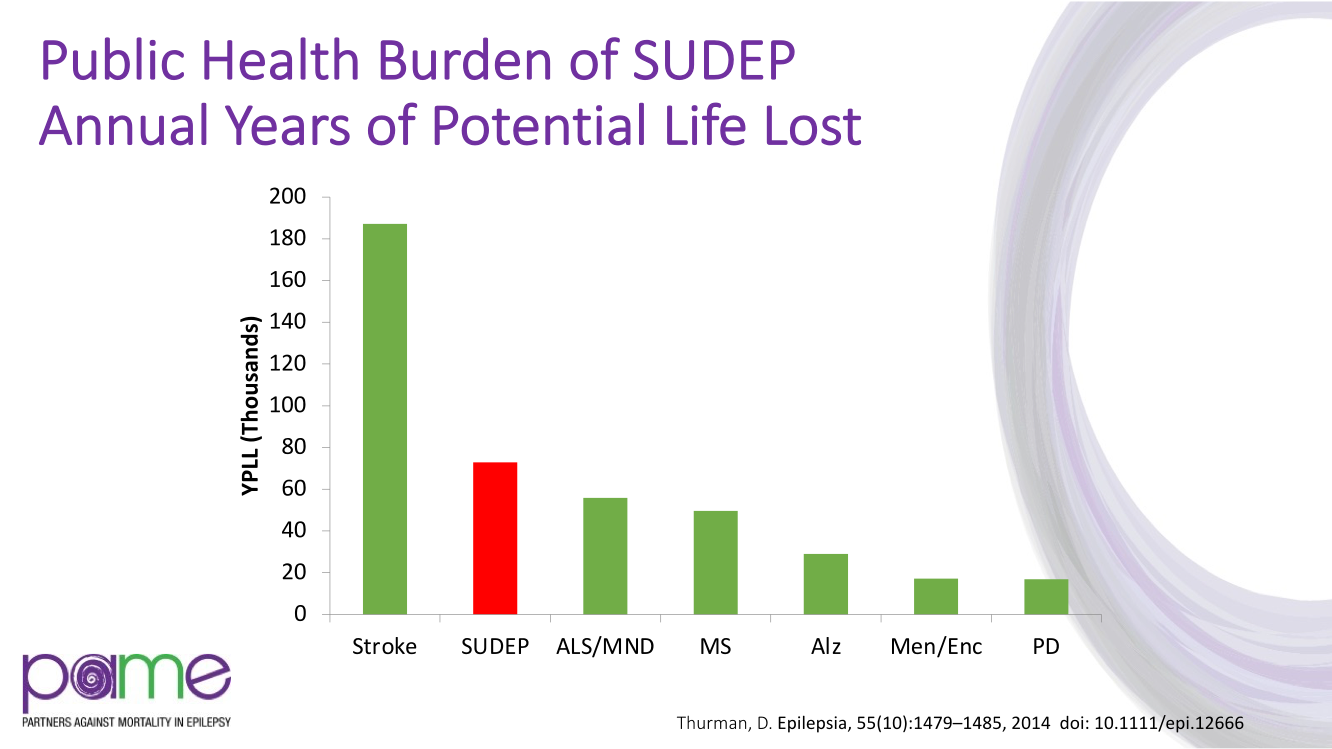